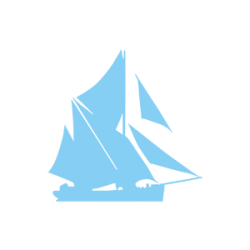 Converted to a Mulie 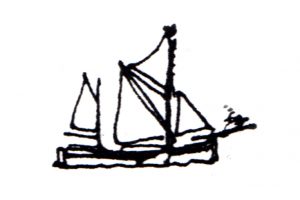 On 19 May 1923 Thalatta was sold to her skipper, Captain Herbert John Howlett Body, who removed the engine, and replaced her gaff rigged mainsail with a spritsail, but she retained her gaff mizzen – making her a mulie. This reduced the crew from the boomie’s four to two men and a boy. Body traded her to ports on the north-east for coal and the south coast with wheat, as well as the near continent.
1932
1932

In 1932 Thalatta is known to have delivered materials to Lewes in Sussex to build a new railway line.

Thalatta is sold to R & W Paul, Maltsters of Ipswich

On 5 August 1933 Thalatta was sold for £450 to R & W Paul (Maltsters) of Ipswich and was employed carrying imported grain from Royal Docks in London to Ipswich, returning with malt or flour. The malt was made from Suffolk barley and was taken to London to be made into beer. She also took animal feed to Colchester and Faversham. Bob Ruffles became the master (Skipper) of the Thalatta from 1933–1947 including during the Second World War. Generally Paul’s barges avoided rough trade such as carrying rubble from London after the war to build the air fields of East Anglia or ‘London mix’ – hay to London for the London cab’s and manure back east to the farms. Their main trade was carrying malt to London and bringing grain back. Thalatta did, however, make trips abroad to Belgium and Holland her master Bob Ruffles and spoke pigeon Belgian and Dutch. She also sailed to Rouen to bring back stone to rebuild Norwich cathedral.

Thalatta gets into difficulties near the Gunfleet Sands 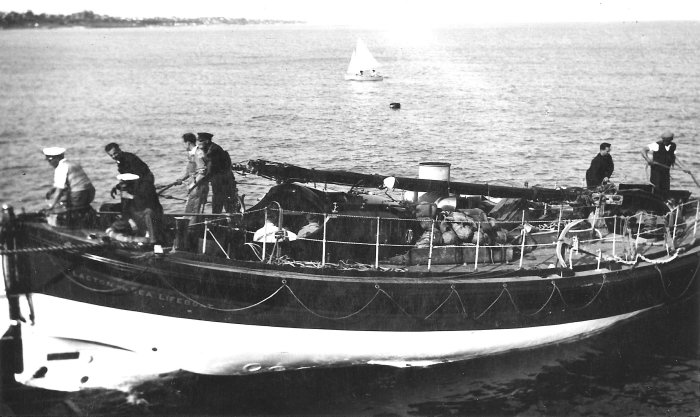 In 1946 the Clacton lifeboat Edward Z Drezden assisted Thalatta into Brightlingsea after she had got into difficulties near the Gunfleet Sands.

Thalatta has an engine installed, again. 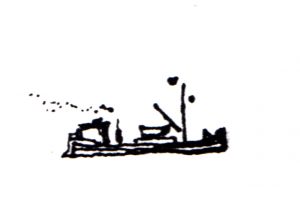 In 1948, her skipper, Joe Lucas, sailed her to Richards’ yard in Lowestoft where she was again fitted with an auxiliary engine – a war surplus Ruston and Hornsby marine diesel. 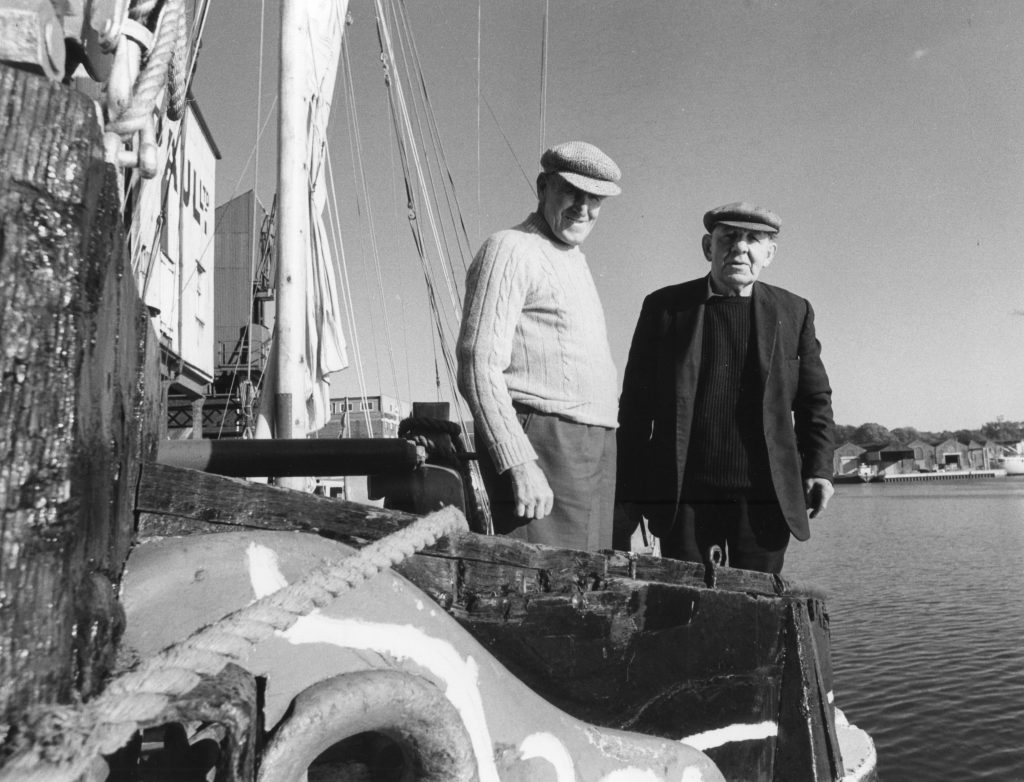 Thalatta’s master in the fifties was Charlie Webb, pictured here with Harold Smy in 1974. From from 1956 to 1960, her master was Bob Wells. R & W Pauls looked after the barge well and she was found to be unusually sound and well-preserved when her last Board of Trade loadline inspection was carried out in 1964. 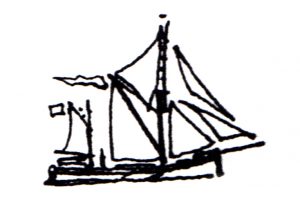 The Sail Trust (which was renamed the East Coast Sail Trust in 1971) had operated the sailing barge MEMORY providing holidays for school children from Maldon. In 1967 they sold her and commissioned Thalatta, with John Kemp as her skipper and Jane Benham as mate. She was re-rigged as a mulie, using sailing gear and leeboards from Memory. She retained the quarterboards which raised the height of her rails aft. Her hold was converted into accommodation with twelve hammocks for the schoolchildren and Thalatta began her new career in educational study and adventure cruises, with a contract from the London Borough of Redbridge. Thousands of children from schools and youth organisations have lived and worked as crew on the five day voyages, alongside the permanent crew of three.