A permanent 3rd Hand is hired

Until this point, the 3rd hand was not a full time crew member like the Skipper (John Kemp) and Mate (Jane Benham), and the role was filled by a variety of temporary ‘Third Officers’. Many of these had first been on board with their schools, then returned to spend a few weeks of their summer holidays working as 3rd Hand. With the increase in bookings from institutions such as Barnados and National Children’s Homes, which sometimes meant working with more challenging junior crews, it was seen necessary to increase the permanent crew on Thalatta from 2 to 3. For the 1984 season Jane Benham’s mother, Barbara Benham offered to fund the position of a permanent 3rd Hand, and the role was given to Amanda ‘Mandy’ Strickland (also called ‘Cowslip’ by John and Jane!). Amanda had first sailed on Thalatta in 1977 as part of a group of ‘Chasewater Girls’ from the Staffordshire Schools Sailing Centre. 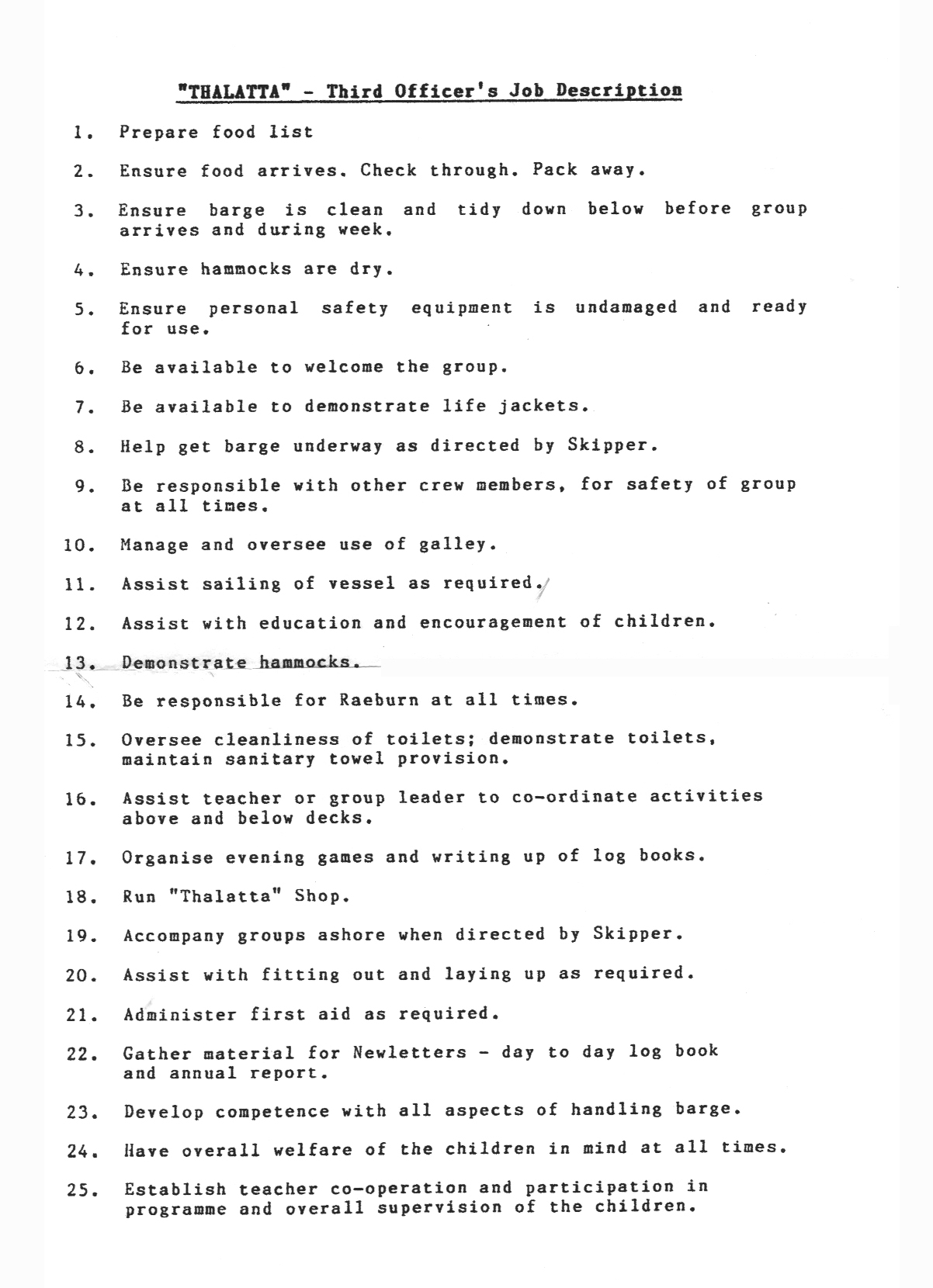